In 2021, the Tomb Raider game series will celebrate its 25th anniversary. It’s safe to say that Lara Croft’s character has helped shape the culture of the early 21st century. In this article, we’ll look at all the Tomb Raider games that have come out so far and show you how Lara Croft has changed over the years. Let’s get started!

The first Tomb Raider game came out in 1996 for the PC and PS1 platforms. It was a landmark game for the 1990s and set the adventure game production style for the next five years. The third-person camera, three-dimensional graphics, expansive storyline, and excellent optimization for the time delighted players worldwide. The first three games set the trend for adventure game production for the next few years. In the fourth game (The Last Revelation), Lara Croft dies, and many fans thought this marked the end of the series. 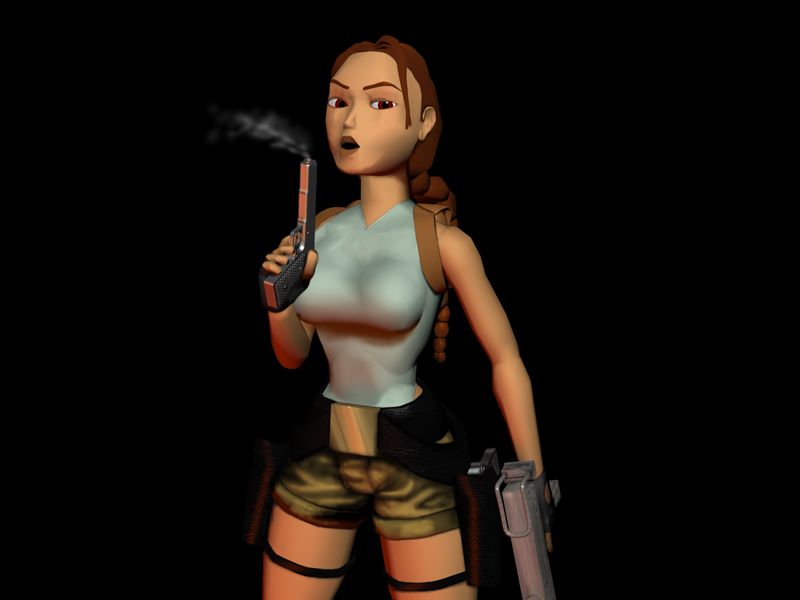 The first “Tomb Raider” conquered all the charts as soon as it came out. Archaeologist Lara Croft takes players to Peru, Atlantis, and Egypt. The storyline itself was pretty short (only 4 levels to pass), which left fans wanting more. As far as graphics are concerned, you could say that the game was a bit “angular,” but at that time, it didn’t bother the players.

Tomb Raider 2: The Dagger of Xian 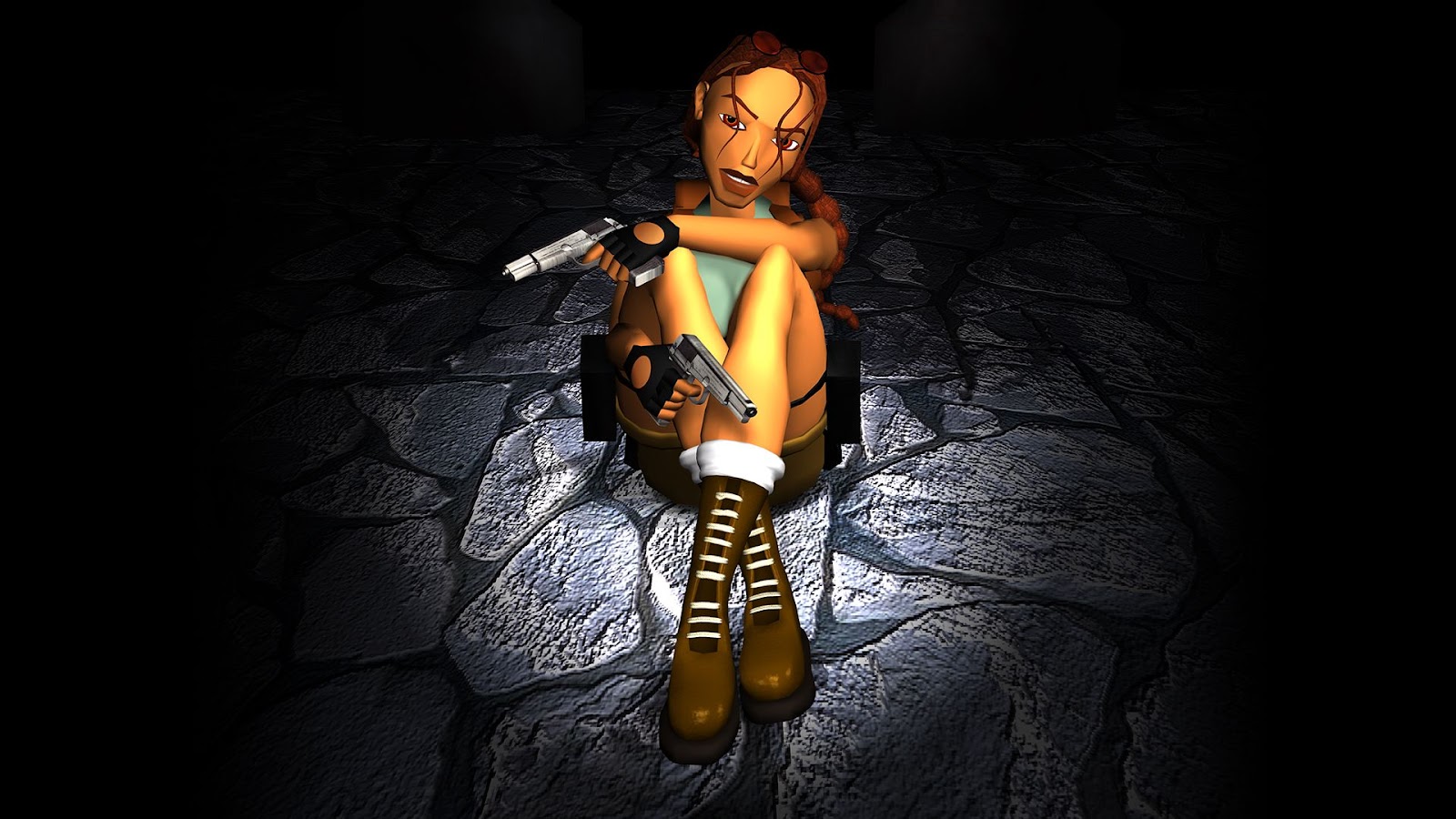 A year after the release of the first part of Tomb Raider, Eidos Interactive Studio decided to release a sequel to Lara Croft’s adventures. The second part of the game brought better graphics and new character features, such as flipping in the air. The long-awaited fan remake of this game is due out this year — you can find more information here. 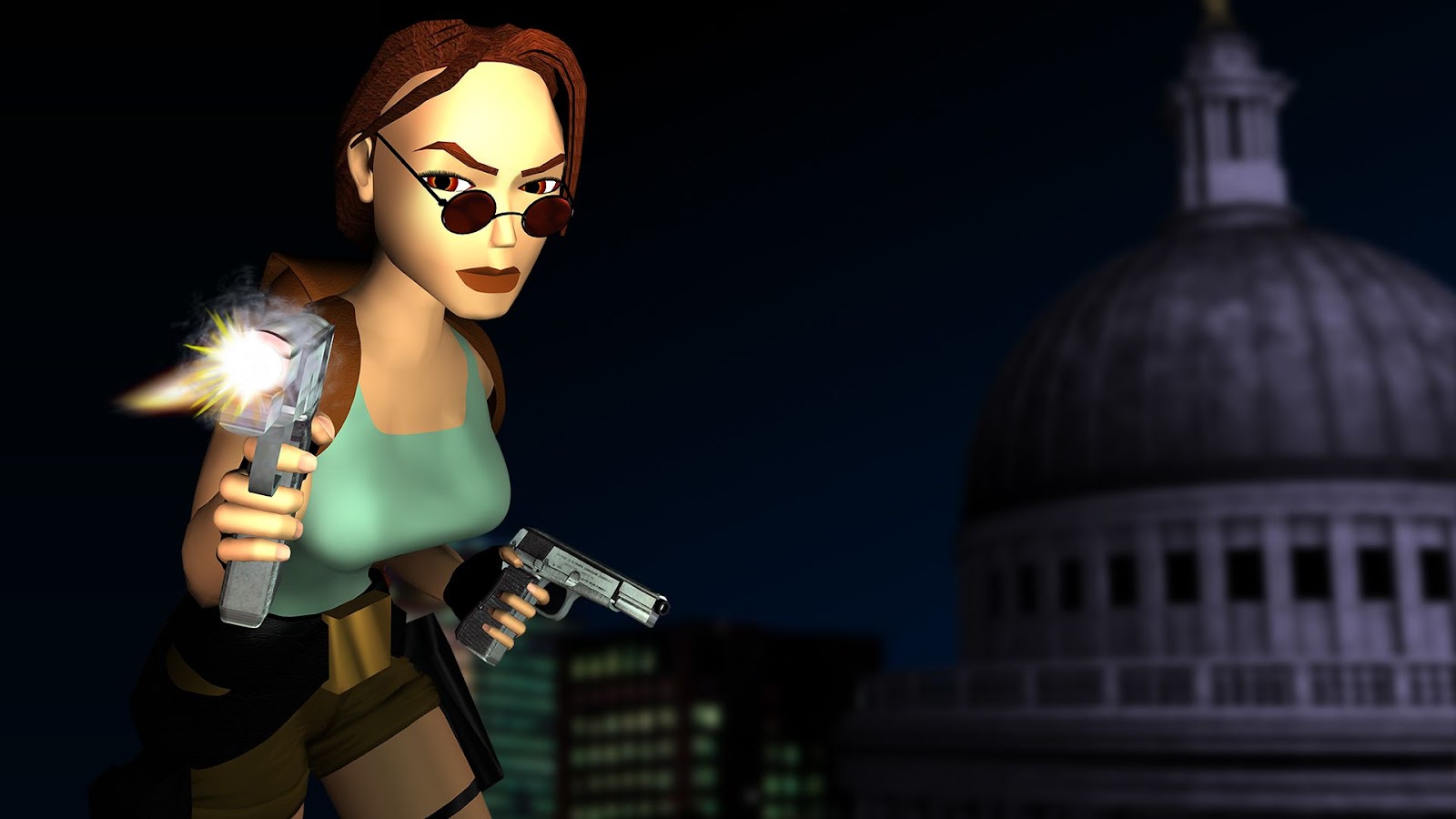 The third part of the game was slightly different from the previous two — it focused more on logic puzzles than combat and arcade elements. The maps in “Adventures of Lara Croft” are much more expansive; we visit India, Nevada, London, Antarctica, and the South Pacific. Many players consider it the most challenging Lara Croft game ever made. 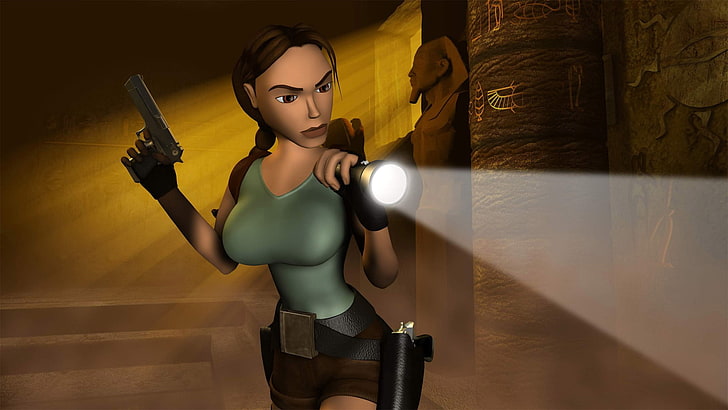 The fourth part of Tomb Raider did not differ significantly from its predecessor; again, the game producers focused on logic puzzles. “The Last Revelation” also provided more detailed locations, such as The Karnak Temple and Cairo. We could see a change in terms of passing levels — there were more of them, while they were shorter, which added some variety to the game. 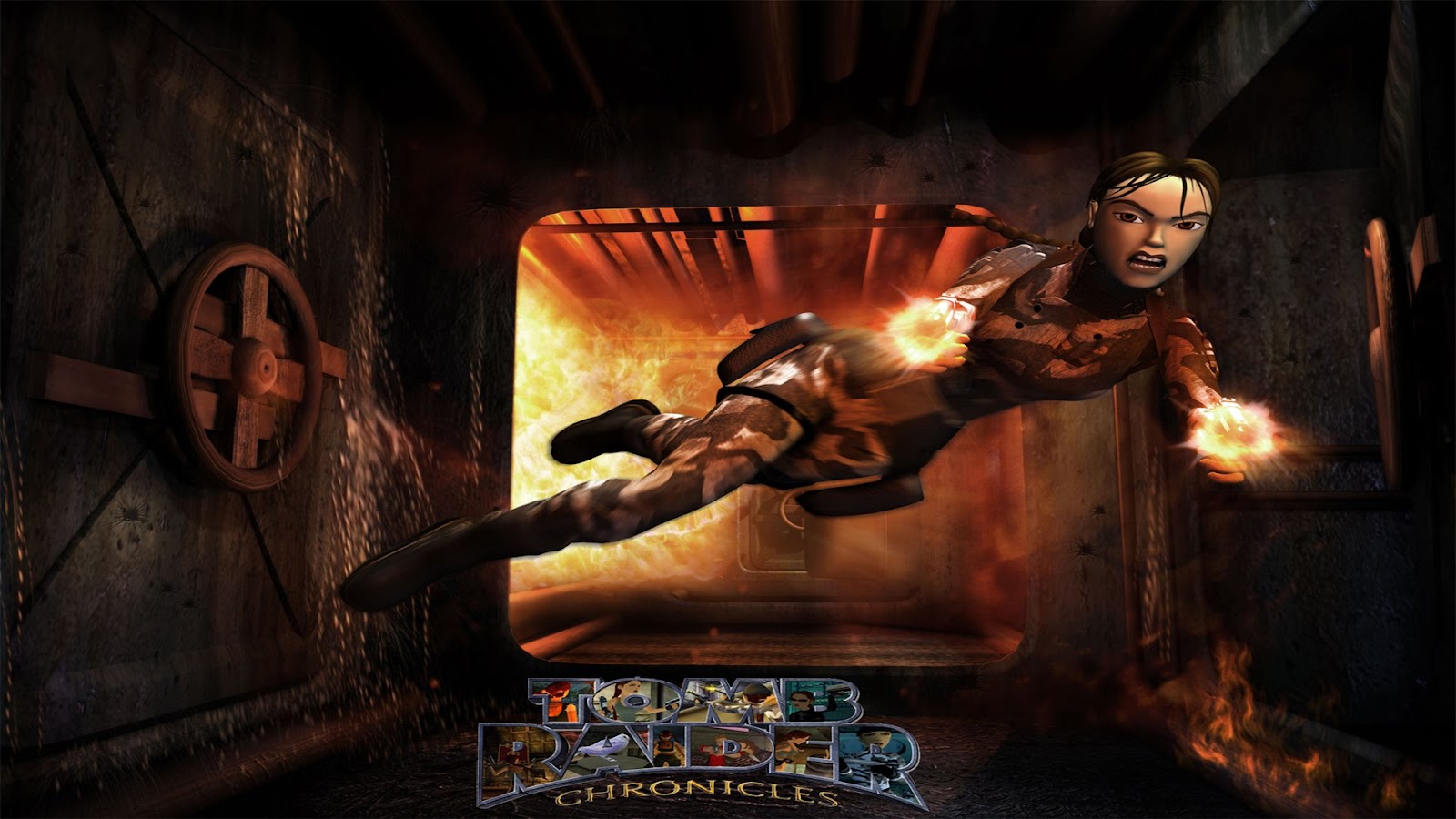 After Lara Croft’s supposed death in the 4th part of the game, her friends reminisce about her expeditions. In Tomb Raider: Chronicles, you’ll have a lot of climbing and jumping on platforms. The action takes place in locations like Italy, Russia, and Egypt. At the time, players thought that this was the last part of the game.

Movie, spin-off, and sixth part of the game

Shortly after the “Chronicles” release, the movie “Lara Croft: Tomb Raider,” starring Angelina Jolie, went out, making the series even more popular. In 2002, Ubisoft produced the mini-game “Tomb Raider: The Prophecy,” which was only available for Nintendo Game Boy Advance consoles. After its release

Core Design, pressured by fans, decided to release the sixth part of the game titled “Tomb Raider: The Angel of Darkness”; unfortunately, fans did not receive it positively. Core Design decided to sell the rights to produce games with Lara Croft to a new studio, Crystal Dynamics.

Tomb Raider: The Angel of Darkness 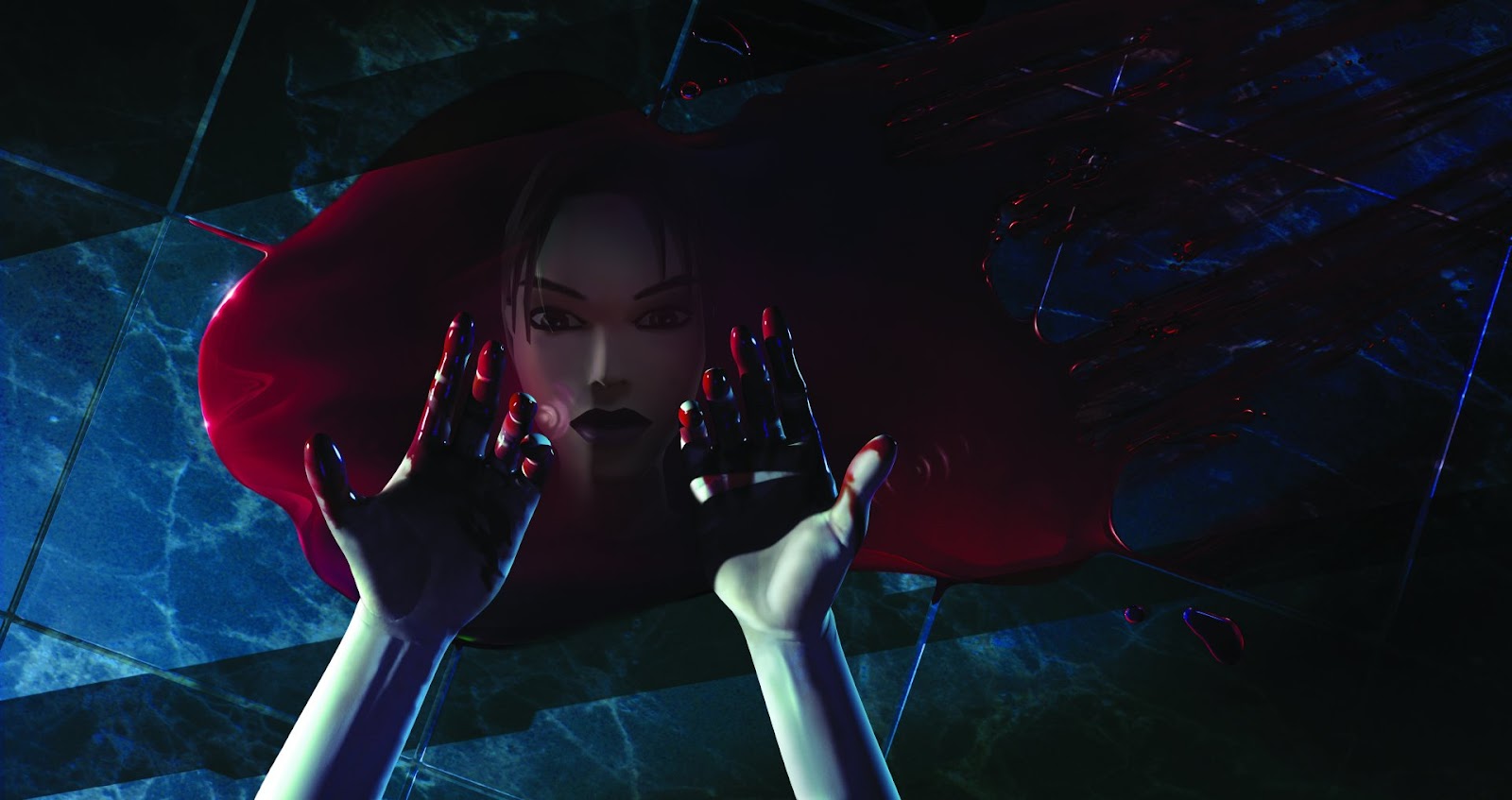 The game “The Angel of Darkness” is the sixth installment of the Tomb Raider series. After a worldwide success of the first 5 parts and a big hype for the series (among others due to the movie with Angelina Jolie), fans had high expectations, and Core Design, unfortunately, didn’t manage to meet them. The developers decided to experiment, but they missed the players’ expectations — the game provided different graphics, more adventure factors than logical ones, and lots of RPG elements.

Crystal Dynamics had an unbelievably challenging task — they had to save a failing series with huge potential… and they made it! After the success of the “Tomb Raider: Legend,” new developers set their sights on creating a sequel to it (“Tomb Raider: Underworld”) and a remake of the first game to celebrate the series’ tenth anniversary. Despite the new developer, the game’s publisher remained Eidos Entertainment (current Square Enix). 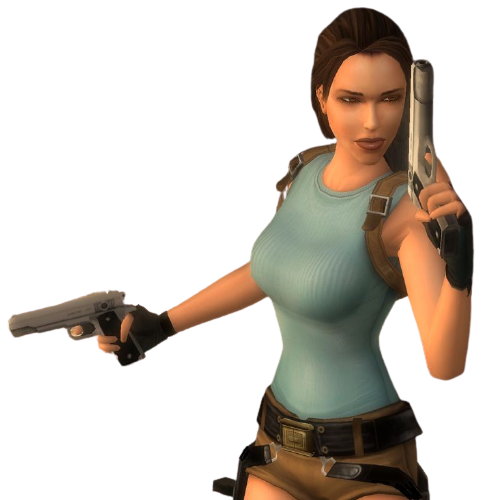 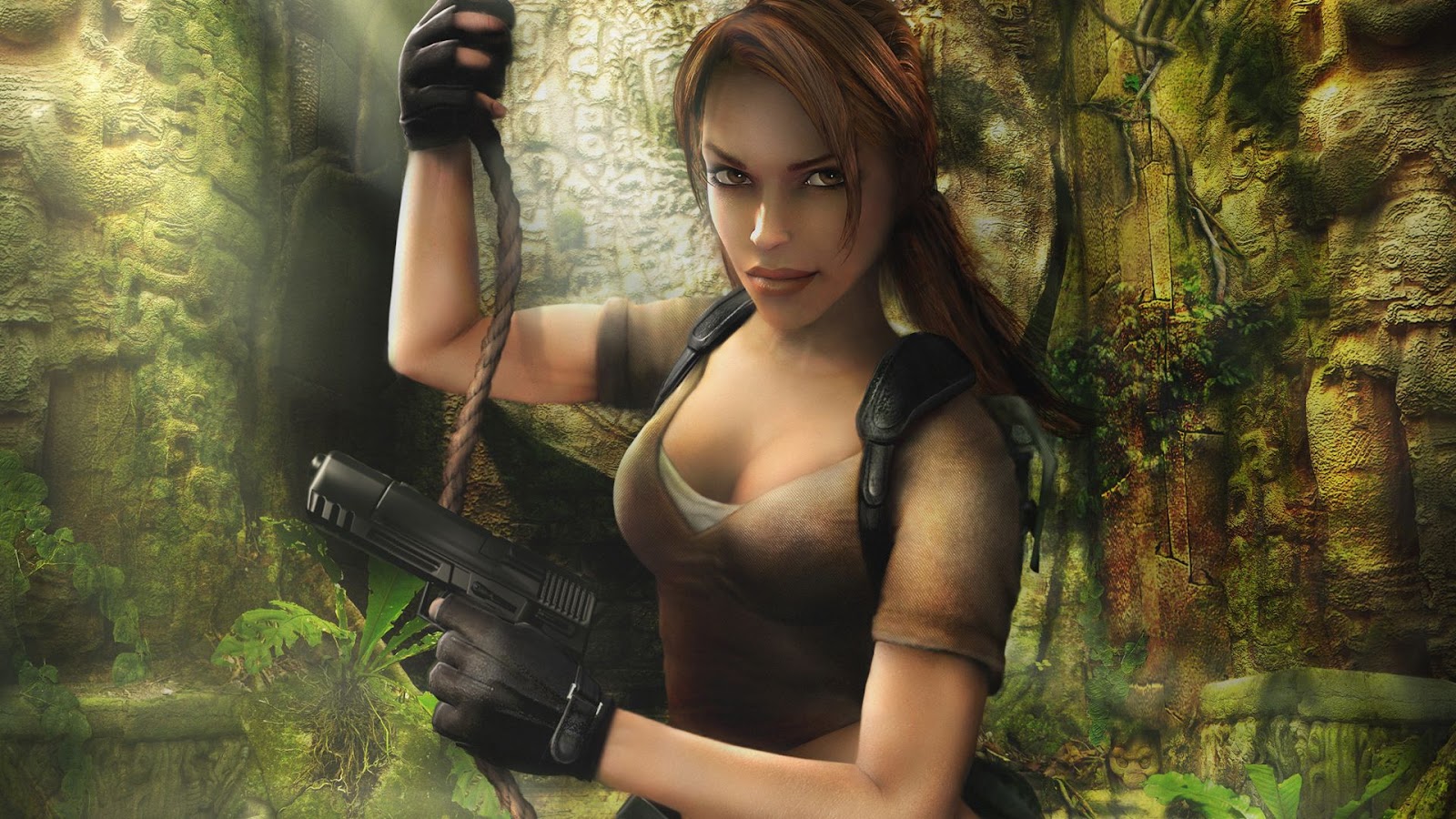 Tomb Raider: Legend is the first game from Crystal Dynamics Studio and the full-fledged 7th part of Lara Croft’s adventure. After the experimental “The Angel of Darkness,” where Lara Croft ran freely through Paris’s streets, the focus was on returning to exploring tombs and solving logic puzzles. Players also returned to old locations such as Peru or Croft Manor. 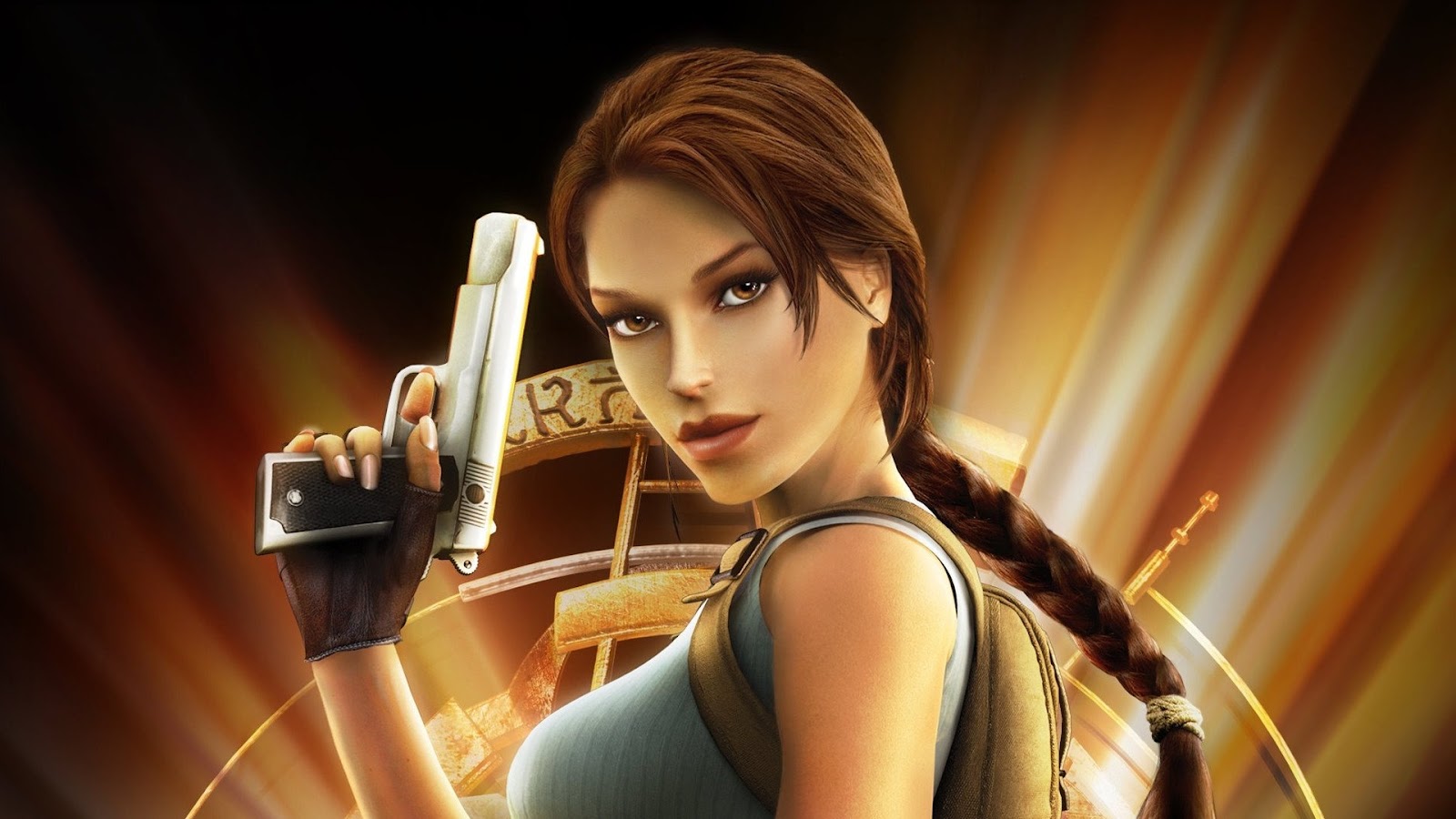 For the tenth anniversary of the game, Crystal Dynamics studio decided to remake the first “Tomb Raider.” Plot-wise, the game remained faithful to the original, while we can say that the audiovisual aspects are “10 years better”. The game was available for all popular platforms at the time — PC, PlayStation 2, PlayStation Portable, Xbox 360, and Nintendo Wii.

Lara is not dead yet! “Tomb Raider: Underworld” is the sequel to the game “Legend” released in 2006, and thus the eighth installment of the series. This time around, Crystal Dynamics has managed to outperform fan expectations by introducing a game with 10 new locations (including such exotic locales as Valhalla and South Mexico) and improved control options. It was the most feature-rich game in the series at the time.

In 2013, the groundbreaking and arguably most famous game in the entire series came out;  it was the beginning of a new Tomb Raider trilogy, which saw its sequels in 2015 (Rise of the Tomb Raider) and 2018 (Shadow of the Tomb Raider). A year later, producers also released a not-so-popular spin-off to the series titled “Lara Croft and the Temple of Osiris.” Apart from the trilogy and spin-off, developers focused on designing exclusive mini-games featuring Lara Croft for the mobile gaming market. 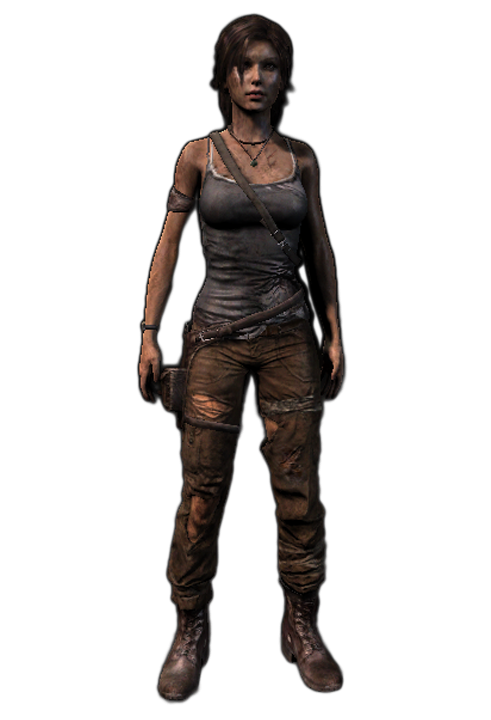 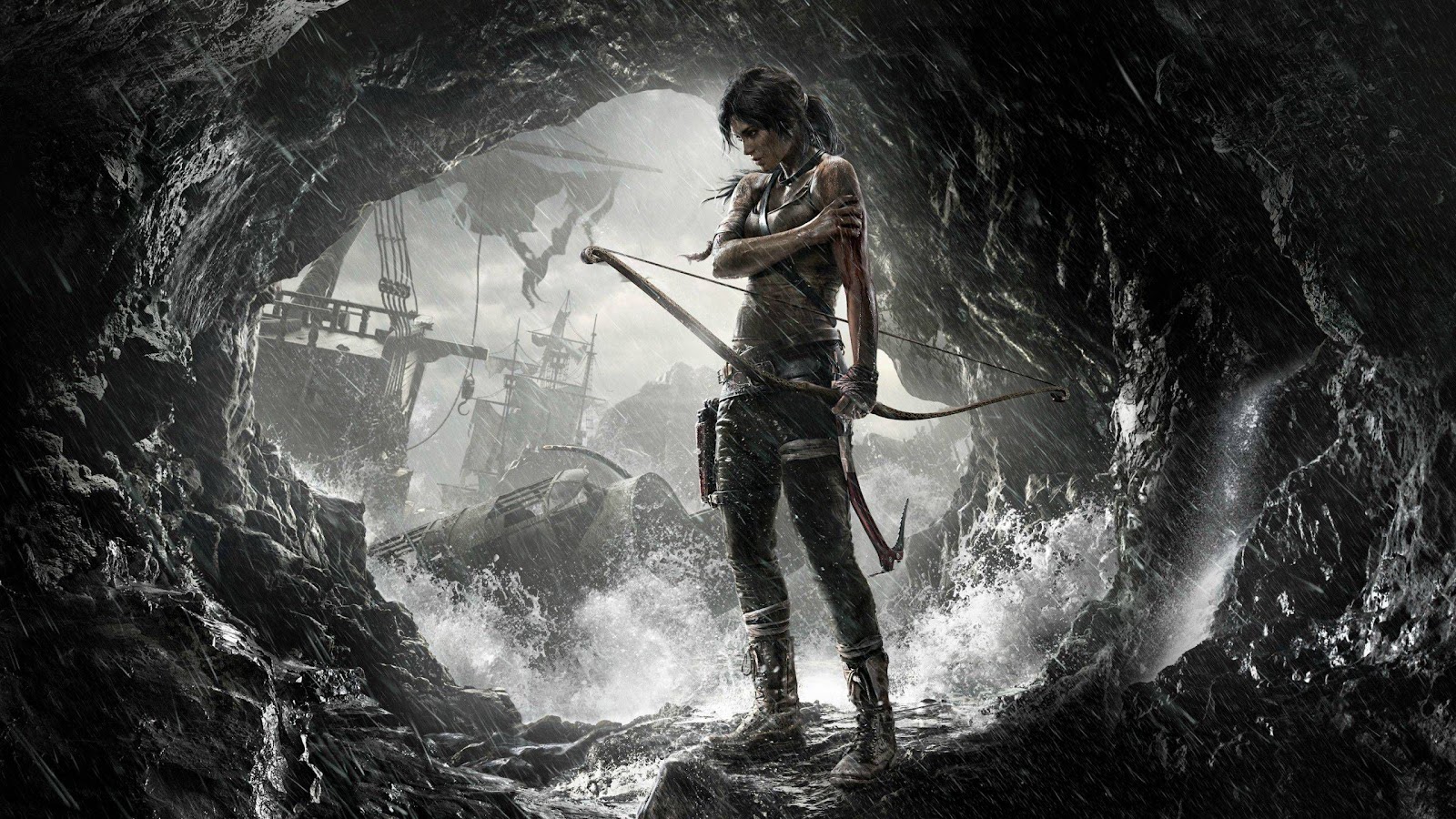 The game “Tomb Raider,” released in 2013, is the beginning of a completely new trilogy. Before the game’s release, the developers indicated that it’s going to be a reboot of the Tomb Raider brand and “we can forget everything we knew about the series so far.” The game has sold about 9 million copies, which is the highest number in the entire series!

Rise of The Tomb Raider 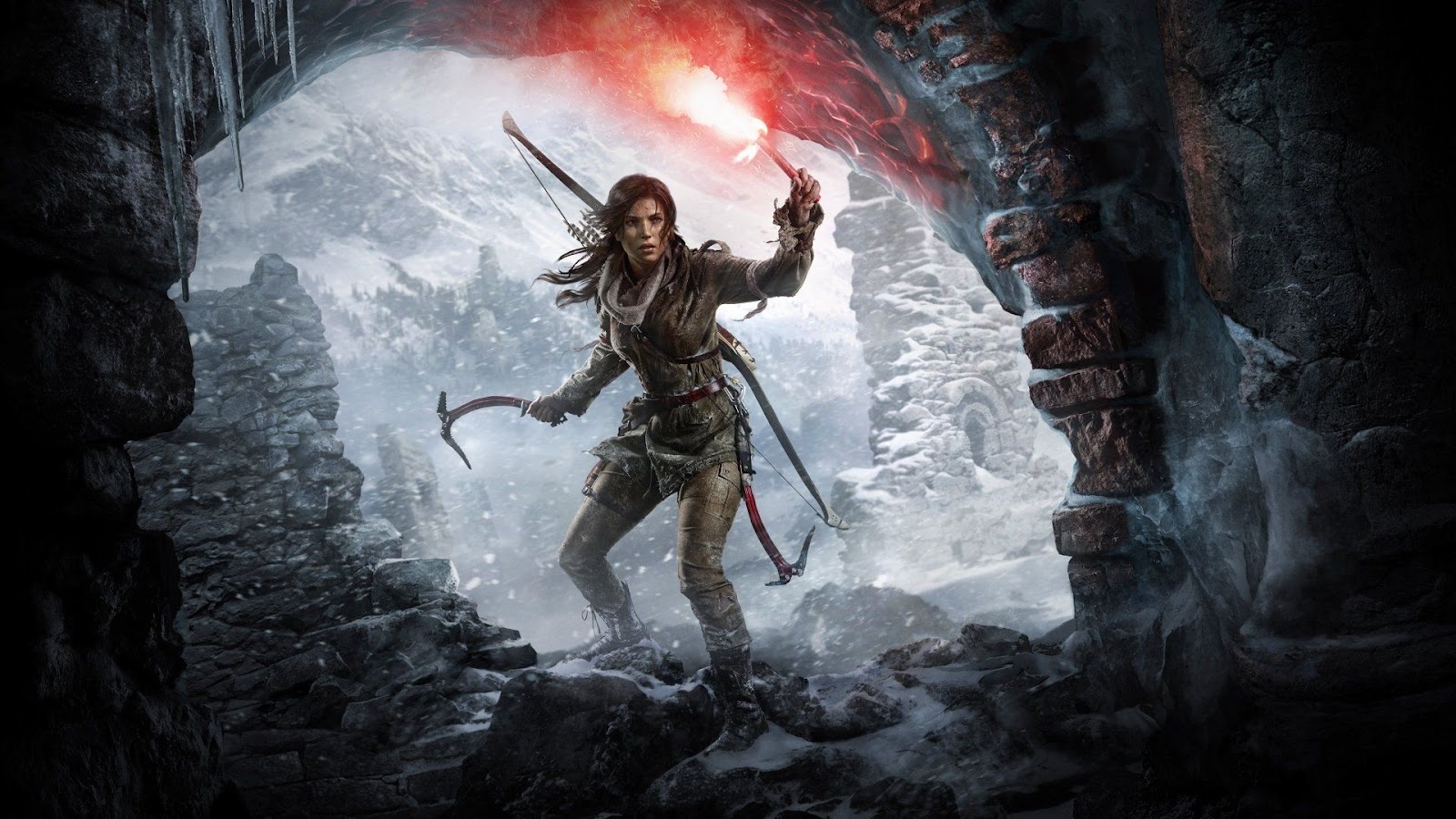 The second part of the new survival trilogy starring Lara Croft! This time we travel to Siberia, searching for a legendary city. Lara Croft must find new companions to help her in her fight for survival and expeditions.

Shadow of the Tomb Raider 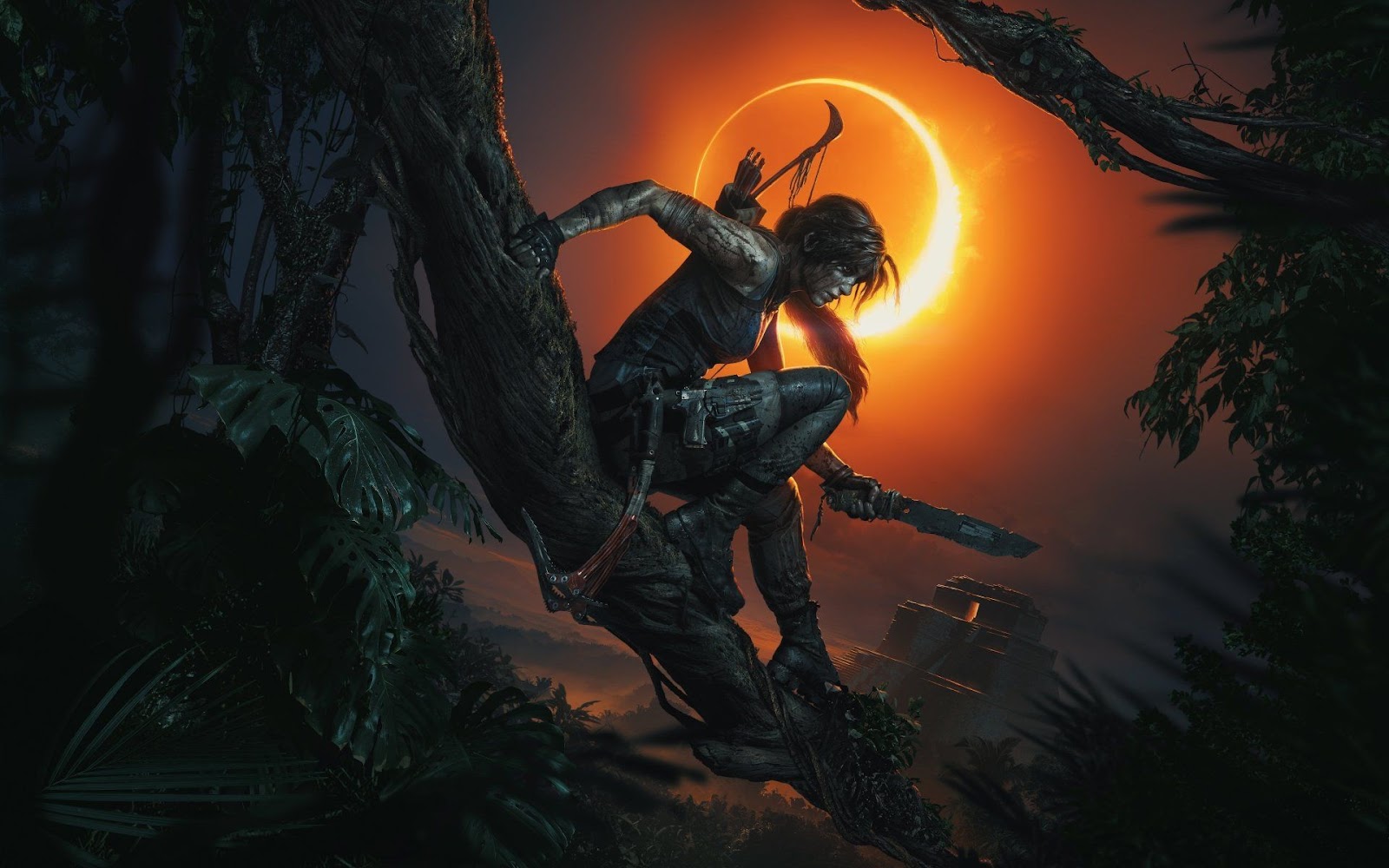 After the mysterious island and Siberia — it was time to fight for survival in the jungle. We go back to Mexico and Peru again, which means that… we’re back to raiding tombs! Shadow of the Tomb Raider is an excellent conclusion to the trilogy, with plenty of references to old Lara Croft games.

For now, we have no information on new Tomb Raider games; but who knows? We’re optimistic that the developers won’t ignore this anniversary and will prepare some new content — we just have to wait.