The ranking system in Overwatch is one of the most challenging systems in all games with competitive play mode. Whether you want to achieve high ranks or simply grind for free Loot Boxes, you’ll need to learn how it works. In this guide, we’ll cover all the essential facts about the ranking system in Overwatch. Such knowledge will definitely be useful for both new players and game veterans. Let’s begin!

Let’s start by introducing the ranks in competitive play mode. To earn a particular rank, you must achieve the required amount of SR (Skill Rating) points. (images source: nicepng.com)

You’ll get about 25 SR points for a win, but this value will increase if you’re on the win streak. If you happen to play against players with higher rankings than yourself, winning can give you up to 50 SR.

Exclusive rank for the top 500 players

There’s a special rank for the top 500 players with the most SR points. For the first 2 weeks of the season, this rank is not available. Only players who have played a minimum of 25 games in Competitive Play mode during the ongoing season can get it.

Comparison of the rank system in Overwatch to the one in Counter-Strike: Global Offensive

A large part of Overwatch players are former Counter-Strike veterans. To give you a better idea of how much your rank says about your skills, we’ve prepared a comparison of ranks from Overwatch to those in Counter-Strike: Global Offensive.

According to official statistics, about 30% of the players reach the rank of Gold. The second most popular rank is Platinum (about 25% of players). Here’s a graph showing the distribution of ranks in Overwatch. 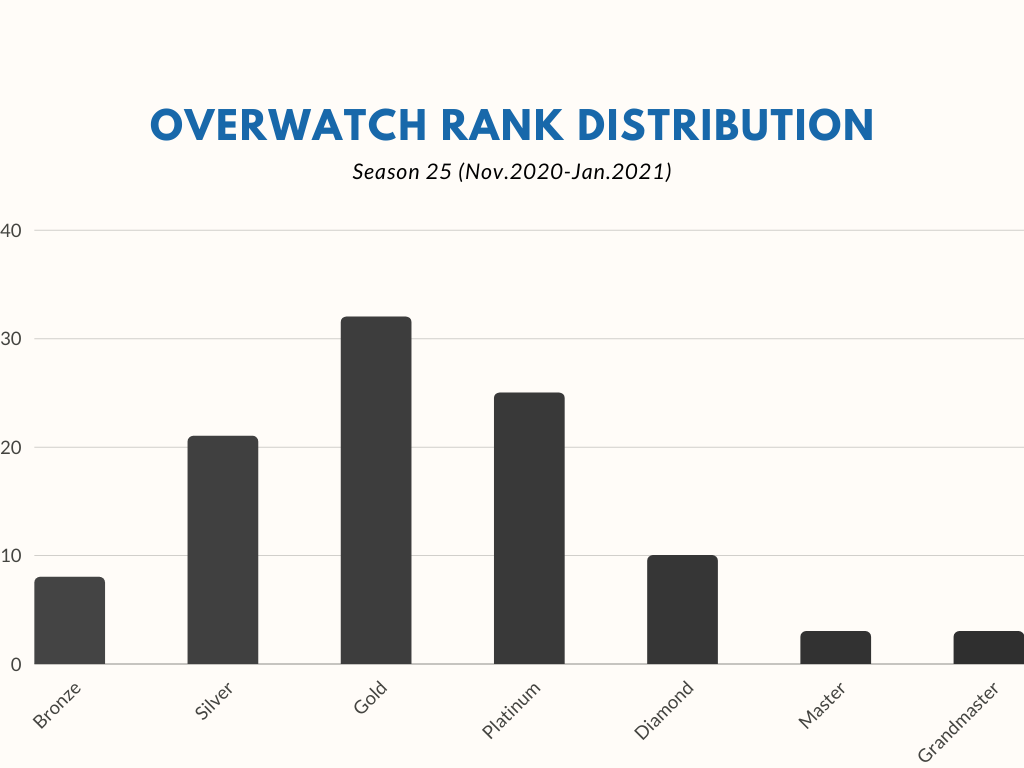 How to unlock the access to competitive play mode?

If you’re new to the game, you’ll need to reach level 25 to unlock the ranking system. The developers believe that this protects the game from smurfs/cheaters and gives new players time to learn basic game mechanics. Grinding 25 levels may sound scary, but it will take you no more than a few days to reach it. If you want to speed up the process, we recommend playing with your friends, as then you’ll earn 20% more XP than usual.

Seasons in Overwatch last for 2 months. At the beginning of each season, your SR point value resets to zero. Placement Matches are 10 games that are meant to guide the algorithm to assign you to the appropriate rank. They need to be played in two cases: 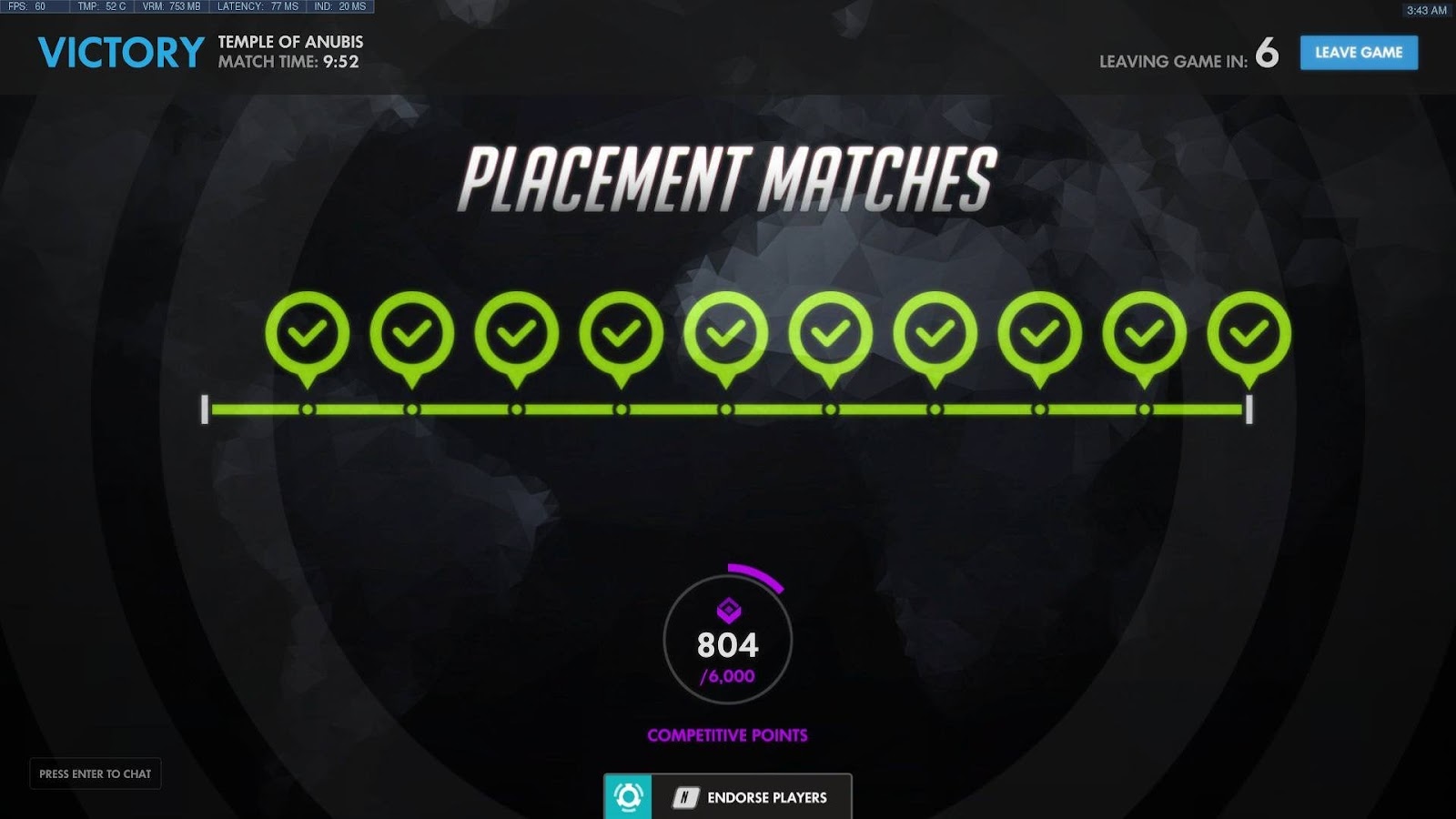 The maximum value of SR points we can get after playing 10 placement matches is 3900. However, hardly anyone reaches this value; most players score around 2300 SR (Gold rank). It’s also worth mentioning that the algorithm always considers the highest rank you gained in the previous season. There’s no way to get a better rank than you got last season after placement matches; in most cases, you’ll get one rank lower.

These 10 matches are one of the most important games of the entire season. Prepare for them and preferably avoid playing solo; get your team together.

How to climb effectively in Overwatch?

Overwatch is a game where teamwork plays a major role. In fact, this is the most important piece of advice we can give you — get a team that you get along with and play with them.

Teamwork and proper communication in the game are even more important than individual skills. And if you already have your team and just need the right aim or movement — work on your weaknesses by playing in Deathmatch mode.

Last but not least, follow e-sports tournaments to stay up to date with the meta-game. You can find more info on e-sports in Overwatch here.

Thank you for your attention! We hope that this knowledge was useful for you.  We wish you and your team as many victories as possible in competitive play.