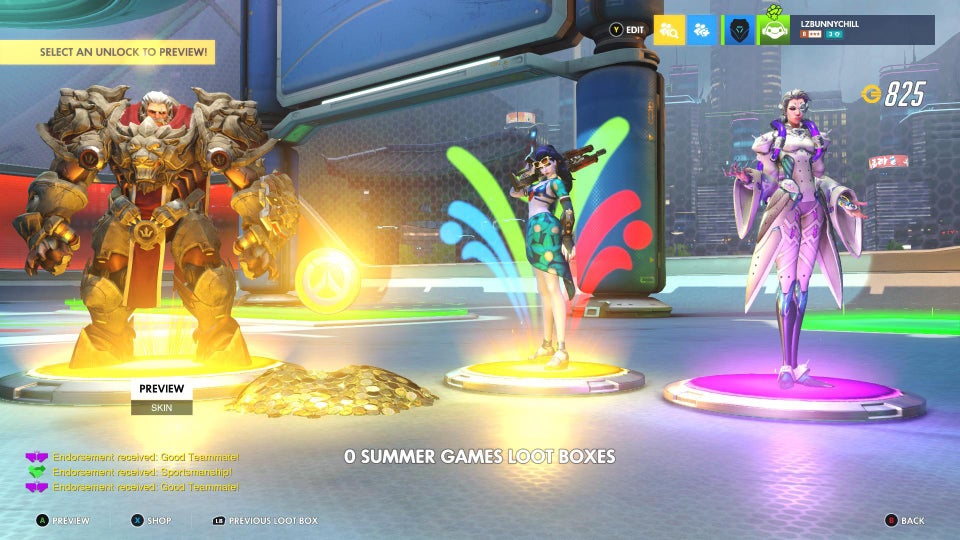 Loot Boxes are something that a huge part of the Overwatch community goes crazy over. Players can spend hundreds (if not thousands) of dollars to get specific legendary skins. In this guide, we’ll cover what Loot Boxes are, what you can get out of them, how much they cost, and how to get lots of them without spending a penny.

Regardless if you need Loot Boxes to get any cosmetics that improve your profile look in-game or find that one specific legendary skin — this article will surely help you reach your goal.

What are Loot Boxes?

Loot Boxes are items that contain 4 random cosmetics. Their mechanism is almost identical to Card Packs in Hearthstone, Blizzard’s other game.

Let’s take a look at all the things you can get out of Loot Boxes:

In each Loot Box, you’ll find at least one cosmetic in Rare (or better) quality. According to years of pity timer analysis, it seems that for every 25 Loot Boxes you open, you’ll receive at least 1 legendary skin (doesn’t apply to Loot Boxes earned for leveling up).

If a cosmetic you already own drops out of the Loot Box, you’ll be compensated with Credits (Overwatch in-game currency). The value of the compensation depends on the rarity of the item received.

Every once in a while, Overwatch hosts various events for occasions such as anniversaries, Halloween, or the Lunar New Year.  During them, you’ll be able to get a special type of Loot Box with unique cosmetics. Some skins will only be available for a limited time, so when you find one that you really like, you’ll have to focus on maximizing the number of Loot Boxes you earn.

How much do Loot Boxes cost?

Loot Boxes can be purchased in-game or through the Battle.net store. Here’s what their price looks like:

No matter what platform you play on, the prices are the same everywhere.

According to the information provided by Blizzard Entertainment, Overwatch has made over $1 billion in profit from Loot Boxes since its release.

5 tips to get Free Loot Boxes in Overwatch

Now that we’ve discussed the basics of how the Loot Boxes mechanism works, let’s talk about free ways to get them. If you really want to get your hands on some cosmetic items, these tips will greatly reduce the time you have to spend on the grind and may also save you some money.

Each time you level up, you’re guaranteed one free Loot Box. Contrary to what it may seem, this is a pretty simple method. You’ll need 20000XP for each level up after reaching level 22. To maximize your XP gains, you should primarily focus on playing in Competitive mode (15% XP boost) and playing with friends (20% XP boost).

Whenever an event comes up in the game, read the patch notes for potential ways to get free Loot Boxes. For the 2020 Christmas event, you could get 5 of them just for logging in! (image source: twitter.com)

Endorsements level determines your behavior during the game. Everyone starts from level 1 and can increase it to a maximum of 5. If you actively participate in the game and don’t insult other players, you’ll easily reach the maximum level sooner or later. (image source: reddit.com) 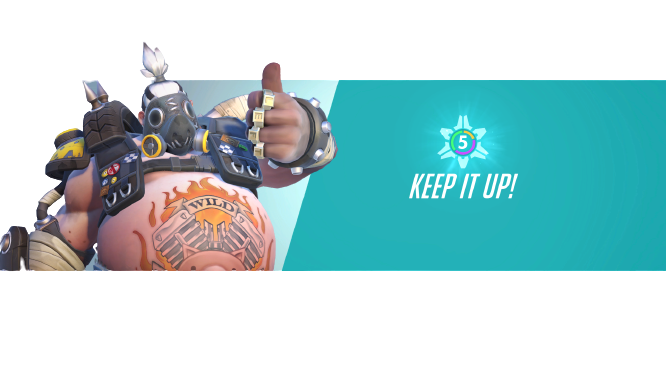 Twice a month, you’ll be rewarded for your Endorsements level. The higher it is, the more Loot Boxes you’ll receive.

Each week, for every 3rd, 6th, and 9th game won in Arcade, you’ll receive a free Loot Box. If you’re a new player, you’ll get one Loot Box for your first win in any game mode classified as Arcade. (image source: playoverwatch.com)

If you’re an Amazon Prime user and linked your profile to Battle.net, you have a chance to get a Loot Box in the form of Prime Gaming Rewards. However, if you’re not interested in the service itself and don’t want to join now, you can wait until there’s something interesting for you to get. Amazon Prime offers a 7-day trial period, you can find more information here.

We hope you found the article helpful.

We wish you the best of luck in acquiring Loot Boxes, and getting the best drops from them!