There are currently 32 playable heroes in Overwatch; that’s 11 more compared to the original version of the game. But which one to choose? This article will talk about the best heroes from each faction  — Tank, Damage, and Support. If you’re planning to climb ranks, this knowledge will be essential for you.  Let’s get started!

The player with the role of Tank has to collect all the attention and damage enemies on himself. This role is typically defensive, you shouldn’t rush your opponent with it. At higher ranks, this role is essential, and it’s tough to win matches without a good Tank.  We recommend you two options — Zarya and Wrecking Ball. 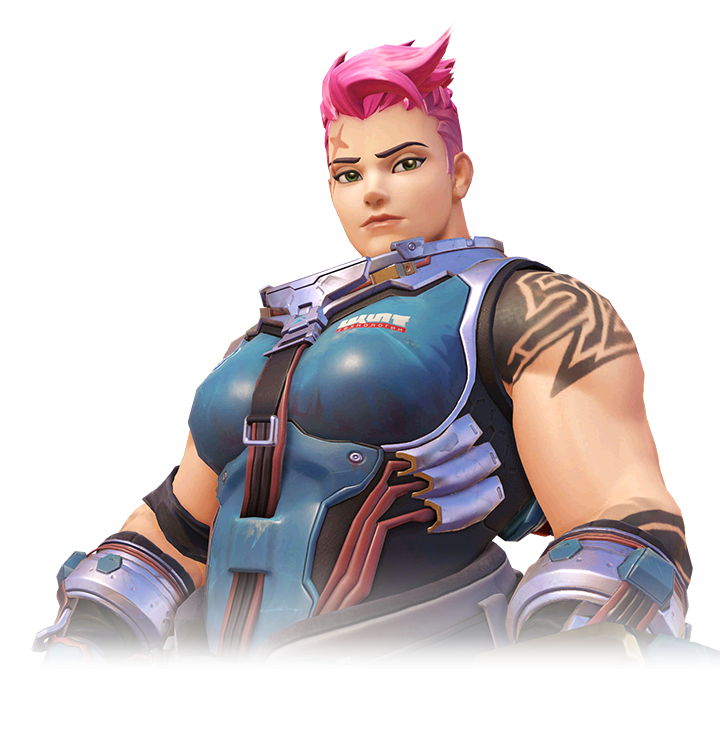 Zarya is a choice for well-experienced players; used well, she can be unquestionably the best Tank in the game. She regenerates quickly and can deal damage to multiple enemies at once. On the other hand, she can only protect one player on a team, so you’ll need a well-thought-out strategy. Despite being a Tank, Zarya does quite well on the offensive, thanks to her abilities that can significantly increase her damage output. 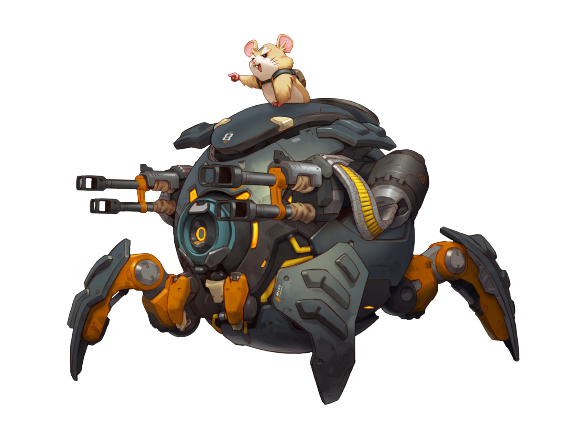 This little hamster has dominated the meta-game for the past few seasons, which was especially noticeable at the recent Overwatch League Grand Finals. Wrecking Ball’s main strength is its incredible mobility, which is incredibly rare for Tanks. Similar to Zarya, he’s not an easy hero to pilot (especially in the early game), but if your team has a player who knows how to play him — the chances of winning will increase significantly.

Knowing how important the Tank role is in Overwatch, we have to take care of its survival — and that’s the main task for Support.

Support players should primarily focus on controlling their allies’ life total; however, they can afford aggressive playstyle much more often compared to Tanks. We could say that what role Support plays (defensive or offensive) depends very much on the battlefield situation. 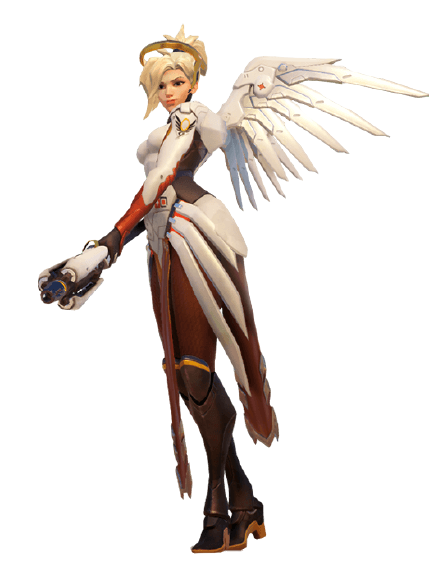 From the very beginning of the game, Mercy has been a playable character, and it doesn’t look like that’s going to change. Admittedly, she’s had many nerfs and reworks, but she’s still a consistent hero to play. However, you have to remember that Mercy’s abilities require cooperation with Supporters (we recommend playing her together with Zennyatta or Moira). 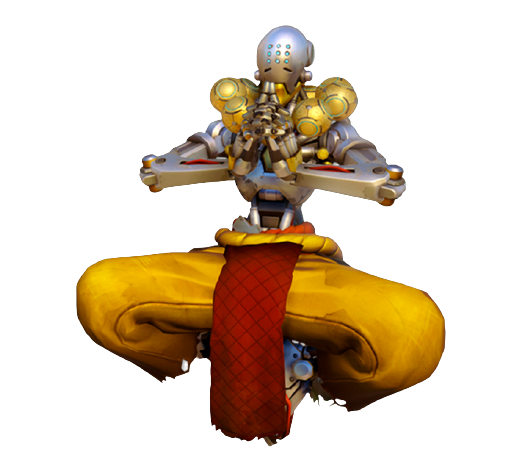 Zenyatta is undoubtedly the best healer in the game; no one can protect the Tanks as well as he can. Proper use of his Orbs can win the game by itself. Unfortunately, a pretty big problem with this character is that he does a poor job of healing himself; without other players’ assistance, you won’t draw out his full potential.

Now the time has come for heroes who don’t heal, but kill. For Damage heroes, your aim, movement, and reflex skills will be the most important aspects. Nevertheless, remember to cooperate with your Tanks and Supports! The Damage role is typically offensive, so it has a hard time dealing with taking a lot of damage. 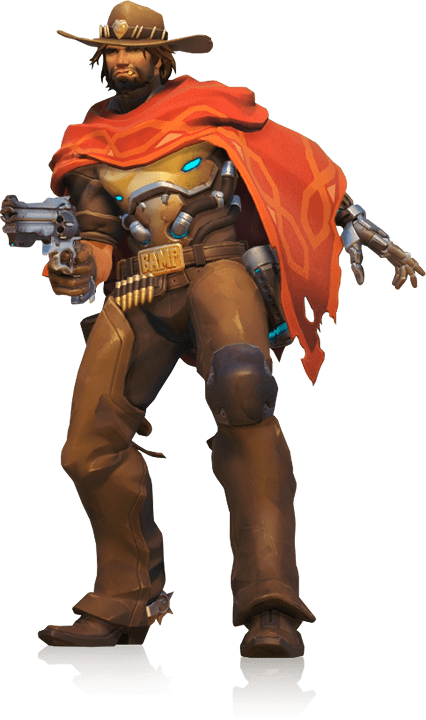 “It’s High Noon!” — famous words that turn the game upside down. McCree is a hero who seems to have never had a weak Season; he’s always been a reliable choice in Competitive mode. What makes him so good? He matchups well against Tanks and his Flashbang is one of the best skills in the entire game. Some players also complain that McCree’s character is easy to pilot and can forgive many mistakes. We are sure of one thing — McCree stands far apart from other Damage heroes and is currently the best offensive character to play. 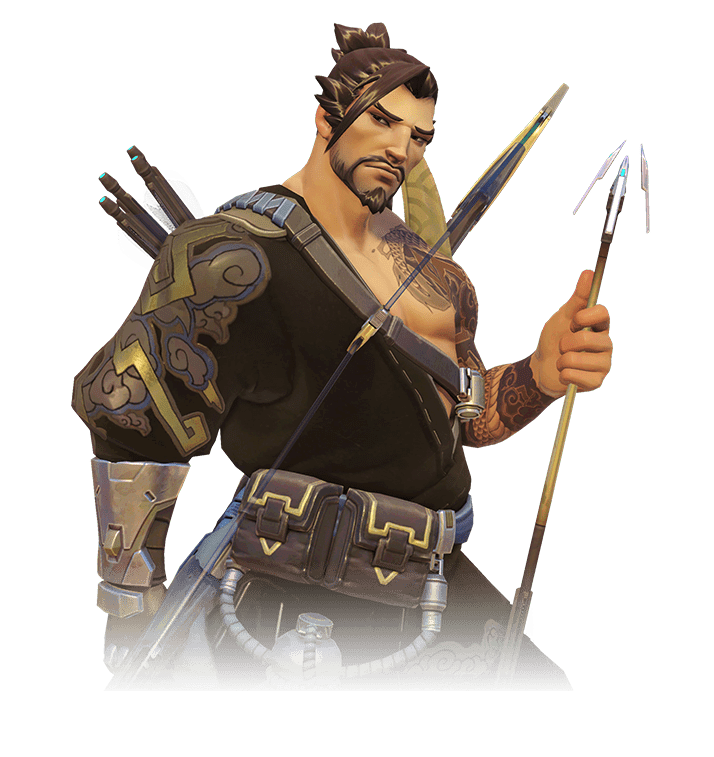 Hanzo is a hero who can really do a lot of damage; sometimes it only takes one arrow to kill an enemy. Just like McCree, he’s survived many nerfs and is still in the top tier in Competitive mode. Hanzo appeared in almost every build in major tournaments for the last 2 years and was also crucial for the winning teams of the last Overwatch League Season.

This was a breakdown of the best heroes for Competitive mode in Overwatch. Remember, however, that you can only bring these heroes’ true power with proper cooperation with your teammates. We hope you found this article helpful, and we wish you the best of luck in your ranking matches!