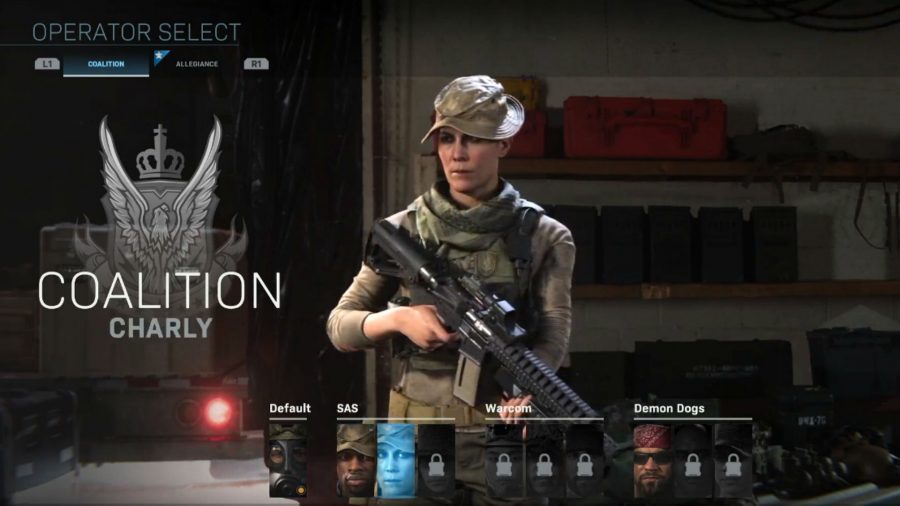 Even though Call of Duty: Modern Warfare has been out for two years now, it’s still doing great. Many players consider it the best game in the series to come out in a decade.  The game can boast of winning the title of “Esports Game of the Year” at the 2020 Golden Joystick Awards.

Despite the release of Black Ops: Cold War, Modern Warfare’s multiplayer mode is still quite popular. This article will discuss the most commonly used weapon type in multiplayer matches — the assault rifle. If you’re looking to get the most out of your Modern Warfare games, be sure to check out our guide. Let’s get started!

Why are players so eager to use assault rifles?

The phenomenon of assault rifles in Call of Duty: Modern Warfare seems pretty simple — they’re the most flexible type of weapon. Sure, they’re not as effective at longer ranges as snipers or shorter ones as shotguns; however, during the game, we find ourselves in all sorts of situations, often ones we can’t even predict. Besides, assault rifles are readily available and relatively easy to use, encouraging new and inexperienced players to use them.

Which assault rifle is the best?

So, which assault rifle in Call of Duty: Modern Warfare is the best? The answer is… well, usually it will be an M4A1, but not always! Your skill level, play-style, the map you play on,  the situation you’re in, and similar factors will affect which assault rifle is the best choice for you. We’ll present some of the best assault rifles; test them yourself and decide which one will be your main. (images source: gamesatlas.com)

M4A1 — the best assault rifle of them all

This is a weapon that most players consider to be the most versatile. Statistically, it has the best range and accuracy of all available assault rifles. We also can’t forget about the massive number of modifications available; when it comes to flexibility, this rifle is unmatched., you can easily adapt it to your needs.  M4A1 is a weapon you should reach for as often as possible in Call of Duty: Modern Warfare.

We could say that the Kilo 141 has the same strengths as the M4A1; however, it stands apart in terms of range. Here, unfortunately, this assault rifle is not even close to the M4A1.  It’s still a great rifle and will perform flawlessly in many instances. Many people find it relatively uncomplicated to use, which can be a big deal for new players.

AK 47 is a tough rifle to control, but it does an incredible amount of damage on a hit. It’s not very accurate, and its recoil is relatively high, which puts it below the M4A1 and Kilo 141. It’s one of the more difficult rifles to use in the game but still one of the more commonly used by competitive players. The range of the AK 47 is incredibly high and will work well as an alternative to a sniper rifle on large maps. It’s not recommended for new players, but it can perform even better for well-experienced players than the M4A1.

Grau 5.56 is another weapon that works excellent on larger maps. Its application is very similar to the AK 47, but it deals less damage, is lighter, and most importantly, is very accurate. This rifle will work great for both sneaky players and those who like to play more aggressively. Grau 5.56 is a frequent choice of new players, primarily due to its low recoil and easy weapon control.

Of all the weapons listed, this is the best choice for close-range. Its main drawback is that it shoots very slowly, which means that in some cases, FAL may not be our best option. Still, if you learn how to use this weapon, you’ll be able to win most close-range fights. It’s a great rifle on small maps, but it works well on bigger ones too. If you’re a regular Call of Duty: Modern Warfare player – keep this weapon in the back of your mind at all times.

In conclusion — we do not doubt that the M4A1 is the most versatile weapon and will probably be the best choice in many cases. Remember, however, that weapon selection is part of the strategy. Sometimes other assault rifles will work better. In other cases, it will be worthwhile to opt for a completely different type of weapon.

That will be all for this guide. We hope this knowledge will be helpful in your multiplayer matches!